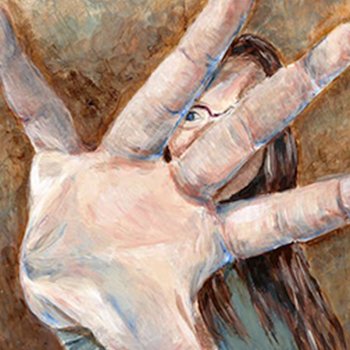 Robin began her career as a graphic artist, but in 2011 decided to pursue her passion for art by returning to school. She graduated with a Bachelor of Arts (Honours) from Brock University in 2018, and was part of an elite group of students that were given studio space at Rodman Hall. The year of studio work culminated in a group exhibition in April of 2017.

Robin has been teaching graphic design, visual art and painting since 2012. Her work has been juried into several shows, and can be found in private collections in Canada, England and Germany.